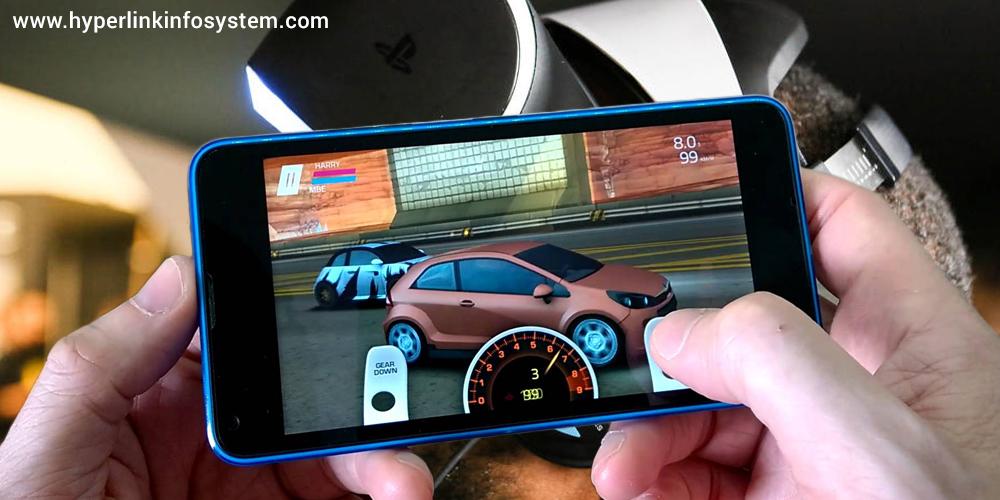 Though HTML5 in present is like a seed for a tree which is omnipresent in the world of Gaming sector, majority developers have insights that tech asset is something which will hold more importance tomorrow rather than today.

However HTML5 can obviously be the forthcoming choice for the game development but it has not made itself ready to replace Virtual reality Application development as main platform in today's date. Any of the game developer needs to understand and digest the new language in order to be prepared for future,but some are the hindrances that needs to be fixed out and overcome before HTML5 takes over as leading game development platform.

No gamers are interested in downloading a game. We are indulged in approaching to the scenario where players do not need to download same game on multiple platforms,and even do not need to payout for the same content on versatile platform. Gamers are always interested to play away games in their favorite device.

As web-based platform HTML 5 opts to give huge opportunities to developers to thirst their customers demand.It enables developers creating and releasing games for any type of device & platform whether it is webapp, console based, mobile or any other. What players require is connected smart-phones or the web browsers and thats enough to hit the game actions.

We are aware with the truth that HTML is the coding language for the web interface. However HTML 5 directly deals with the things like video making and other stuff which were not earlier feasible with HTML language. This language could be standardized in long journey and can give consistent web Experience throughout all the devices and browsers that makes spice alive in the life of users.

The reality is slight different ..!

All the yardsticks have single common word i.e “ YET “. HTML 5 is gonna play huge role in the forthcoming of INTERNET in gaming sector but currently is out of the race to be in lead.

At the point , HTML5 is like an add-on with native web development that permits applications to withhold traffic benefit which was not easily possible with the native apps.


However HTML5 is not platform-independent language/technology which makes hard for the developers for” write once and perform on every device” outline in context to game development. But this newfangled HTML looping is schemed to give cross-platform experience to freshers stepping into the land of game development but still many hindrances are to be faced-off before HTML5 turn out to be the best cross-platform technology and this what makes the work bit challenging.

HTML5 is making a booming progress in context with browser compatibility. Yes, HTML5 is not restricted with chrome it is also under smooth working conditions like safari, Opera and others. Animations like Flipping and moving are also possible but works as independent entity on different platforms. In android it turns vertical while in i phone it flips horizontally. Some Intelligent code can indeed solve this minor bug for sure.


As HTML5 is dependent on web browser,game cannot be started without an Active INTERNET Connection. Once game is loaded it can be stored in cache memory that facilitates us with an option to play game in offline mode but in cases where user do not have Active INTERNET connection would not be able to entertain game.

Also an Audio related issue which is been discussed these days is the major hindrance found in HTML5 game development . There is no fun in game that excludes game sounds , and so HTML5 must be able to tackle-off every sound format . Another Issue faced is that sound in HTML5 cannot be softened by the hardware volume keys , but hope that it will be fixed in the upcoming future development.

Though Audio is certainly an major issue , managing individual Screen size and pixel is much more difficult.

In today's scenario pixel is not merely a pixel anymore . As variety of mobile devices has hold up its places in telecommunication sector it becomes quite tedious and difficult to support end number of devices with different density and HD pixel.


To overcome this issue dips – Density Independent Pixel were rolled out but with the conversion to the screen pixel again complexity level has raised in designing gaming schema. Earlier we had just “px” but today we need to deal with different resolutions like dp,sp,dps,sip,dpi and dps respectively.

How will people recognize the mobile game? And most importantly, how will they approach the app frequently ? In comparison with web and socialite game zone, mobile are the one that comes across high challenges in this era and HTML5 doesn't make things good.

Since HTML5 games are browser-dependent, your game is lost once browser is lost. At least in iphone you have bookmark option but android is out of scenario. It's like a fantasy for Game developers and users.

HTML5 is still hoped to lead the game development in upcoming future. It still remains as an adventure for game developers and techies to overcome its problem with the solutions that brings it on-board at leading position. Hyperlink Infosystem one of the best App development company is also engaged in game development like AR, VR, HTML,Android , iOS and much more. Just drop your query and we will assist you. Contact us to make us your game development partner.