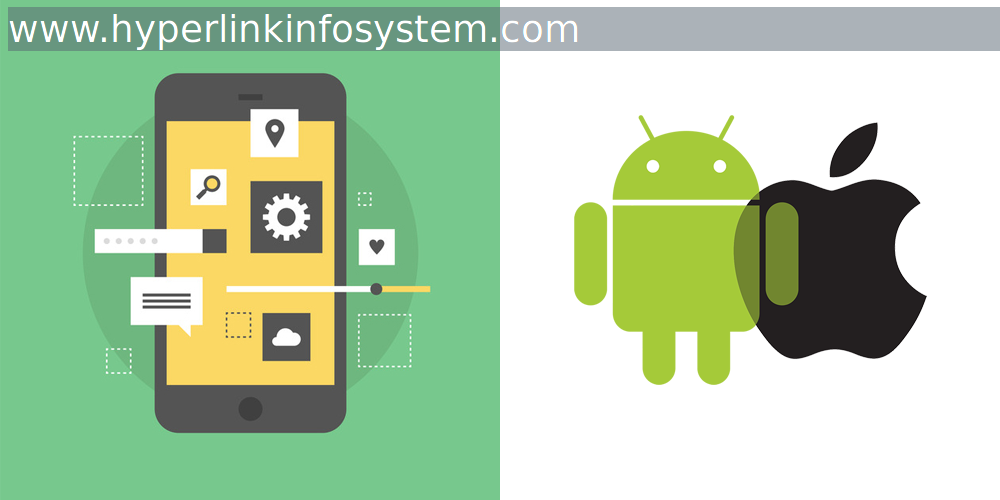 We are here in times when no one can imagine the life without apps. Whatsapp, Instagram, Facebook, Twitter, etc., all these things make our lifestyle. Every day numbers or even thousands of new apps appear on the market, but which platform to decide to make them successful.

Android and ios both have their fans and enemies among users, but there is one more side whose idea should be taken into concern.

What is the most important difference between iOS and Android mobile app development! Here, we will attempt to answer this question from a developer’s point of view.

Difference 1- which is about coding:

We should start with the first. And the first is a programming language which is applied for an app creation. You might have caught in passing something about Java and Objective-C.

A few years before, one could say that Java was much simple to read and use than traditional and punishing Objective-C, so you need to write maybe two times more code to gain the equal result, this is true to a great extent, but some app developers view it as a much cleaner language.


Difference 2- which is about integrated deployment environment

Now, later we have seen into programming languages, let’s be compatible and move to mobile app development tools.

In common language IDE is a place where you can use programming language knowledge and start building. There are two development tools recommend by Google and Apple nowadays. Those are a nearly new Android Studio and XCode of the new version.

Earlier, Android app development was made in Eclipse IDE utilizing Android Development Toolkit, but the company chooses to replace it with the above-mentioned one, reading this by the preference of use. Sorry for rambling off the point, but there is one similarity between those two: they are both free!

The company maintains that they have updated Swift, which absolutely changes the coding process.

The new user interface testing feature is also worth mentioning because it makes it possible to record an app in action. What’s more, it itself can design tests for your application.

Difference 3- Which is about operating systems

If you are new to IT or just dropped something, then you require to know that a developer who wants to build iOS applications must have a computer that goes Mac, and only Mac! unluckily, there is no other way yet.

In the meantime, you can build Android apps on Windows, Mac, and Linux. It's no mystery to everyone that Mac OS is extra expensive compared to Windows, and, it is good that there are yet some kind programmers in the world and you can see any Linux OS for as much as zero, which, let’s agree, will be more beautiful for a self-employed developer.

Difference 4- which is about design

Here,You can see some main differences between iOS and Android app development in terms of design because it is a difficult topic for discussion, which requires a distributed article to be written. They all the differences are here.

Before Apple joined the style where icons, buttons and many more. were near to true, but now the company favor more plain and minimalistic design.

Google acts contrariwise. With their current plan, called Material Design, they want to treat and naturalness. So for your applications to see more local, you require to study the guidelines of both ways.

Earlier Android used a physical button on their devices. With the start of the action bar, you can see the left showing arrow there. You require to think this point when developing a mobile application.

Android applies the physical button in this case. The name of an app in the header of Android app is applied as a link to home. This is where Apple uses the key.

This is thought to be the great point of contrast between Android and iOS. Android uses a drawer menu as a navigation model, whereas iOS’ design is a tab bar. The initial one can be very obstructive as it seems as a paper sheet holding a lot of space on a display.

There are two types of buttons:


The first button can be applied only on background or card, because of the weight of their drop shadow.

Using them in popups or alerts may generate rejected layering. Alerts and popups are the perfect places for the second type of button, as people go without shadows and bounding elements.

Hence, the buttons should not throw a shadow or be large and embossed. Here, the basic buttons should have an enough color, when the secondary ones should be “empty”. Unlike Android button style, iOS button letter is just capitalized.

Difference 5- which is about distribution platforms

Whenever your app will be successfully uploaded and then the next step will be started.

Android developers think that Google Play Store is more flexible because users can download applications in a few hours while on Apple App Store, it is possible to download fresh versions of a product in a period of many weeks.

What does an Android developer interest from? Getting feedback from users, you can update an app each two hours, whilst iOS users have to wait for two weeks for developers to make problems. Google Play Store is as flexible as its review.

Difference 6 -which is about profitability

Despite the reality that Android get in terms of sales, it does not mean that the company will make a large profit out of Android OS users.

The sales figures are understandable. Google has been making strong great upon the new market.

We decided to explain the difference between iOS and Android app development. I think that those were the primary ones of them.

Primary, in this conclusion, I want to tell that both platforms require powerful app developers, but in reality, both , iOS users and Android users in demand of cool, well-designed, and beneficial apps for the various objects.

Moving one of them I want you to perform your best to make us happy. If you do not know which way to take, Android and iOS development, you should try both!