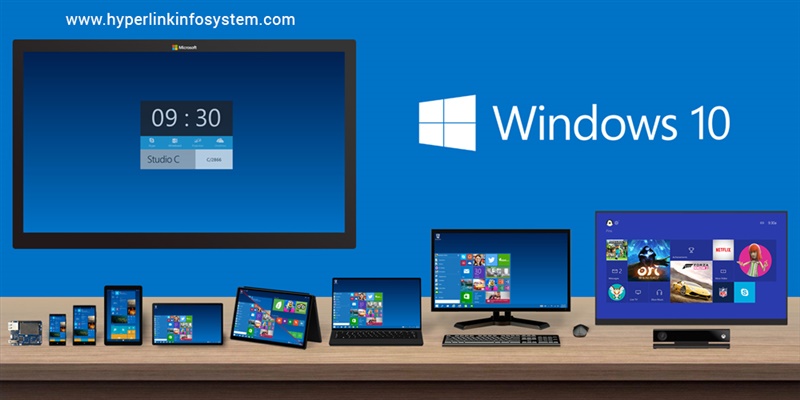 Windows 10 is an Operating System used in the personal computer. It is developed by Microsoft as one of the Operating System of the Windows NT family. It was launched in September 2014 and after a series of testing Windows 10, it was released on July 29, 2015 and later released for volume licensing last August 1, 2015. Windows 10 Pro is designed for or intended for small businesses including all the structures or features of Windows 10 Home plus device. The Windows 10 Home, Mobile and Pro are qualified to upgrade (for free) to Windows 7 and 8.1 and Windows Phone 10 will be available to the users of Windows Phone 8.

Windows 10 Home is the normal version of Windows for the PCs and tablets used by the consumer. It is used in hybrids like the Surface3 and the soon to be release SurfacePro 4. The Operating System (OS) features of the Windows 10 Home include the Cortana, Edge Browser, Continuum and Windows Hello facial recognition and the standard Universal apps which also include mail, calendar, photos and maps.

Cortana is incorporated into the desktop as a search function within the Operating System (OS) and in the new browser. Cortana can also be used to fix reminders, alarms, and open apps using the voice command.

Windows 10 browser is no longer the Internet Explorer. The new browser has now been the Microsoft Edge. The new browser’s icon is still the letter E because users are already familiar with the letter E as the icon of Windows 10 former browser. Edge special features can annotate web pages and consult Cortana to do research works. It also features restaurant reviews.

The Windows 10 Mobile, which is still known as Windows 10 for the iPhones is developed to give the user the best experience with their smartphones and tablets. The Windows 10 mobile will have similar features as Windows 10 Home except for the Continuum because it will only be available on large mobile devices.

Windows 10 ushered in a “universal” application for the PCs, tablets, smartphones, embedded systems and the XboxOne. It is also applicable to Surface Hub and HoloLens. Windows 10’s user interface was changed and improved to manage the shift from a mouse-oriented interface to a touchscreen-optimized interface with whatever available input devices. The interface has an updated Start menu that can blend with the design which is similar to Windows 7 and 8. Windows 10 was designed and developed following various features which have all been updated. For instance, Windows 10 updated features include the Task View, a Virtual desktop system, the Microsoft Edge Web Browser, the fingerprint and the face recognition login, the new security features for enterprise environments and the latest edition of DirectX and WDDM to improve the OS proficiencies for games.

Windows 10 is developed to adjust to the kind or type of device used by the user as well as its input method. There are two user interface modes: a user interface which is optimized for the mouse and the keyboard and the “tablet mode” which is designed for touchscreens. The user has the option what mode to use because Windows can automatically switch its mode. For instance, if you’re using a tablet then you suddenly want to use a keyboard or a mouse, the moment you plug a mouse, windows will disable the tablet mode right then and there. If you opt to use a tablet mode, the programs default to a bigger view. To switch between programs you can use the taskbar. The task bar has a back button and hides buttons for opening or pinned programs. The full screen or wider screen Start menu uses for this mode, which is the same as that of Windows 8 where you can scroll vertically.

The Startup menu of Windows 10 offers a Live Tiles in the interface. Microsoft has combined Windows 8 Startup page in Windows 1 new menu. The Live Tiles appear beside the conventional menu the moment the user clicks the Start button. It features Skype, Weather and Mails. You can add other apps or removed totally from the menu. You can modify the background to make it more personalized and attractive.

Windows 10 introduces the Microsoft Edge, which is a new default browser. It offers a new standard compliant engine which came from Trident, annotation tools and can be incorporated or combined with other Microsoft platforms that can be found in Windows 10. Furthermore, Windows 10 retains Internet Explorer 11 for compatibility purposes and is denounced in favor of Edge.

Windows 10 combines with Microsoft’s Cortana which was initially introduced with Windows Phone 8.1 during the 2014. The Windows search feature, was then replaced by Cortana. Most of its features are from Windows Phone which includes its incorporation with Bing, and other features including setting reminders, Notebook feature for organizing and handling personal information. It also includes searching for files, playing music, launching of applications and sending emails. It was then implemented that Cortana will make a universal search box which can be found beside the Start and Task View buttons.

The Windows 10’s Wifi-Sense comes from Windows Phone 8.1 where the users can opt to automatically connect to open hotspots where they can share the home network’s password with their contacts by using Skype, People or Facebook so that they can easily connect to Windows 10 network without entering manually its password. Identifications are saved or encrypted on the Microsoft servers and then sent to different contacts. Guest users will not be able to view the passwords. They are not also allowed to open other computers or devices on the net. The Wi-Fi cannot be used on 8021X networks, nor networks, which have “opt out” at the end of SSID.

Microsoft has been doing everything to be assured Windows 10 will be able to maintain its principal users.

Windows 10 has introduced updates for business which allows IT managers to check on the devices and systems in the company that have received Windows updates over a period of time. The updates for business allow the specification of the maintenance windows to schedule when to apply updates.

To ensure security, Windows 10 integrates several authentication technologies. For instance, they employ the biometric authentication procedures using the Windows Hello and Passport platforms; devices with cameras (allows users to login using the face or iris recognition, which is similar to Kinect. There are also devices which use the fingerprint to log in. The Passport platform allows networks, software and websites to verify identity and authenticity of the users by using the PIN or biometric login without using a password.

Additional security and safety measures are offered by Windows 10 where administrators can make policies where sensitive data can be automatically encrypted. Window 10 also offers a device guard where the administrators can enforce a secured environment by blocking the software that is not digitally signed by a trusted vendor or Microsoft.

Windows 10 can compress system files automatically. This feature can help lessen the storage of the Operating system.

Windows 10 provides a good integration with the Xbox ecosystem where the users can check their game library which includes the PC and the Xbox console games. There is also the Game DVR where you can use the keyboard shortcut. It can give the users a chance to save the last 30 seconds of the gameplay as a video that can also be shared to Xbox Live. Windows 10 gives the users a chance to play games from the Xbox One over a local network.

Microsoft has renovated the Windows Store for Windows 10 to improve the experience of the customers and the app developer by removing or getting rid of some mess to make it easier to use the apps.

Windows 10 is considered a Universal App because it can work on all devices like the smallest Windows 100 compatible phones to the biggest Surface Hub. The Universal Apps is developed to get the attention of the developers and the consumers. For the developers, the apps provide a single platform where they can create their apps once and send it to several platforms. For the users, windows 10 can help them have a good experience for all the devices that they want to use.

To give special offers or promotional offers to the users, Microsoft declared that during its initial year of operation the users with the original copies of Windows 7 or Windows 8.1 can use Windows 10 for free.

Users who are still using the older version of Windows, like Vista can upgrade by paying a licensing fee. This also holds true for those users who are using non-genuine or not original software.

Hope we could give you the most possible information about Windows 10 and that could solve your all queries regarding Windows app development India. Hyperlink Infosystem is a leading Mobile app development Company India which does the best Windows App Development across the world. Matchless performance of applications designed and developed by Hyperlink Infosystem which all you get in a very low cost. Wonder what would be the cost of different types of Windows Application Development? Contact us for more information and free quotes for your unique app idea.