The wrap up of app is here - Long live messaging Bots! 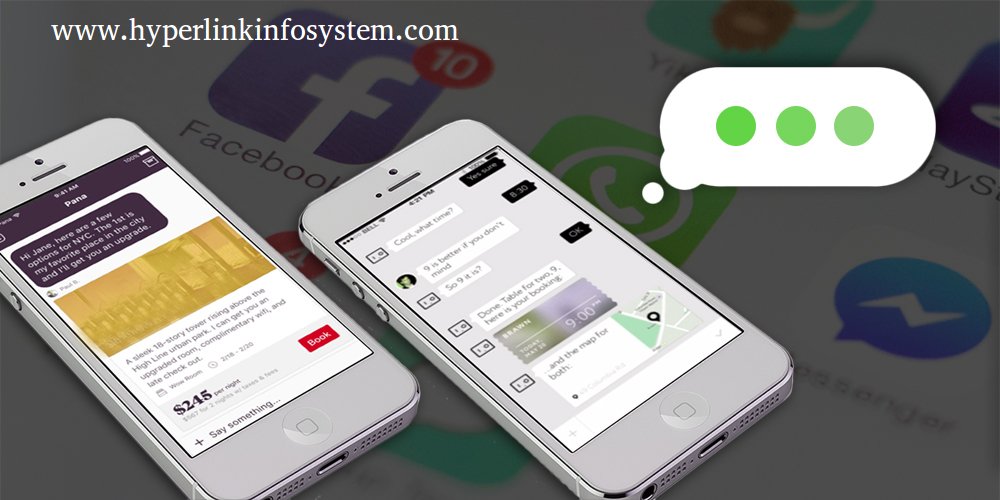 While the technology to provoke conversation with a computer has been around since years , bots — or “chat-bots” — are one of the growing

and the most trendy software model.


This new mania attracted market very rapidly . But why? From where did these bots origin ? Who is mastermind behind building bots ? for

what? Is fake conversation quite superior than clicks on button to make conversions happen? You'll be hearing much more buzz about the

bots and so here is the Insights to all your questing making butterflies in your mind.


“ People are now making use of messaging app much more than social media and it's a huge turning point. Messaging


So what exactly you meant by bots / chat-bots and how do they work?

Bots are the software that conducts real-time interaction with the client. They are an software instructed by humans that generally reside

inside the messaging app. These bots developed by app developers are used to interact within the app and so instead of directly

communicating with your retailer or any other E-commerce , you can talk with them through chat bots which is cohesive part of Application.


What can i do with the bots ?

Some of the Major capabilities found within the boots are :

1) It can be useful to send as well receive text files, Images etc.

2) Messaging Schema: As people like to go with tap to visualize alluring images and stuffs we have schemed out structured Messages having

call with action and post-back and URL that becomes easy for humans to interact.


So these big-bang chat & Messaging Apps like Facebook , Messenger , Telegram and slack will now bot platform with their own OS ?

Yes , business can foreseen greater opportunities . They can make their space in a chat where users are intended to spend majority time

gossiping with their family and friends. Chat bot for major platforms like Facebook , Telegraph, Slack should be built for increasing profit value.

It feels like we are talking with a person we are aware of that has all our details with them. Bots are not that fluents and will gradually enter

as customer support team on later parts. It will lead to more improvements when experienced live in Industrial scenario.


What do these bots do?

Bots do conversation via messages. They do read nad reply to the messages as they are programmed by programmer to carry out actions as

per instructions given. They are clicked to action whenever user asks anything to bots. Bots are quite beneficial in Industrial scenario like

E-commerce bots are helpful to make us perform easy transaction for a pair of shoes and so on. Bots are quite helpful especially in business scenario.


Who is developing these bots ?

Software development companies are engaged in development of such ots for different businesses. They are involved in such development

by looking over sincere implementation of bots that has make tough competitors standout in market.


So hope that this article helps you out to get more insights about messaging bot! Still if you have any query feel free to have word with best