Trending Technologies To Look Out By App Development Companies In 2017 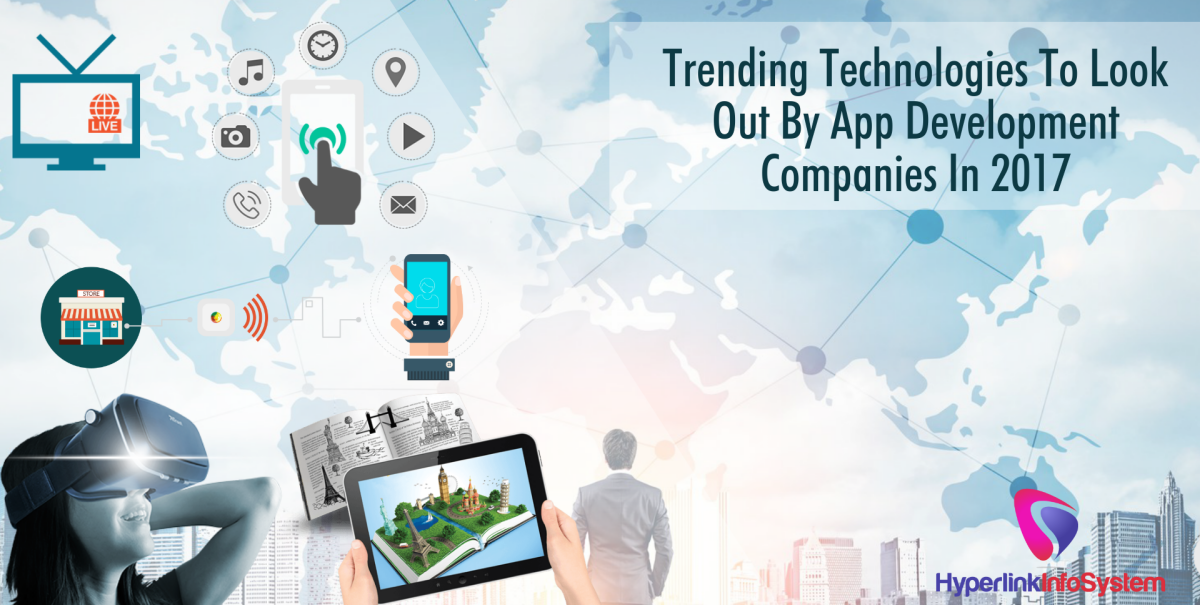 As 2016 is about to conclude its journey, we can see a mesmerizing growth in mobile app Industry. As customers are getting more engaged with the mobile app, more business opportunities are witnessed for various entrepreneurs and startups. Looking at the increasing app mania, developers are planning to build appealing and incomparable apps to satisfy increasing user demands. Mobile applications are one of the biggest sources for major industries like e-commerce, food & restaurant, logistic etc to boost their business revenue on a very high scale. Witnessing the increasing trend of app usage, various toolsets and framework are introduced in the market that increases developer capabilities to unleash new application in a quick manner.

Just like anything else that creates lots of buzz and interest in us, the mobile apps are something that fragments into versatile niches and types, some popular while some obscure. Let's watch out which technologies are expected to greet 2017 and how it will decide the future of mobile apps.

1. Virtual Reality:
Though in the inception stage, still it is one of the most embraced technology by users. The concept of virtual reality is quite simple. It makes you feel your actual presence in a particular place. Despite considering it in beginning stage, the market size of VR is expected to reach $16 billion while the hike in VR headset market is expected to climb by 250%.

2. Augmented Reality:
Augmented Reality is one of the hottest trends to expect and experience something innovative in 2017. AR has made huge loud in the market while keeping its footsteps with entrepreneurs and startups mesmerizing game PokemonGo and with an app like InkHunter that let you visualize the tattoo before you get it inked on your body. AR has also contributed in various fields like education, M-Commerce, industrial app and much more.

3. Foldable Technology:
Glad tidings for mobile Industry! Now you can expect the foldable display to integrate with your smartphone device. Nowadays, OLED screens implemented by Samsung company in their tablets is one of the hottest and trending news in limelight. The upcoming foldable technology is expected to redefine the future of mobile screens in near future. It is one of the most interesting aspects for app developers in this highly competitive industry.

4. Location-Based App Development:
Location based application is something in vogue in the mobile industry. Searching for nearby restaurants, finding discounts and deals to shop more, and advertisement that entices users to enter the store and shop is getting more popular with location-based application. With the availability of GPS technology, it has become easy for smartphones to stay connected globally.

5. Beacons Technology:
It is one of the most trending technology for app developers in 2017. The beacon technology is capable of managing multifunctional devices to perform multiple tasks at the same time. One of the significant features of beacons is location based tracking that is able to detect user previous location. Also, it holds enough capabilities to track location temperature.

6. Streaming Based App Development:
More focus is emphasized on streaming based app like Netflix or youtube that streams live content on the mobile platform. Such applications will get more exposures that allow users to stream content online rather than buying offline copies or watching downloaded stuff.