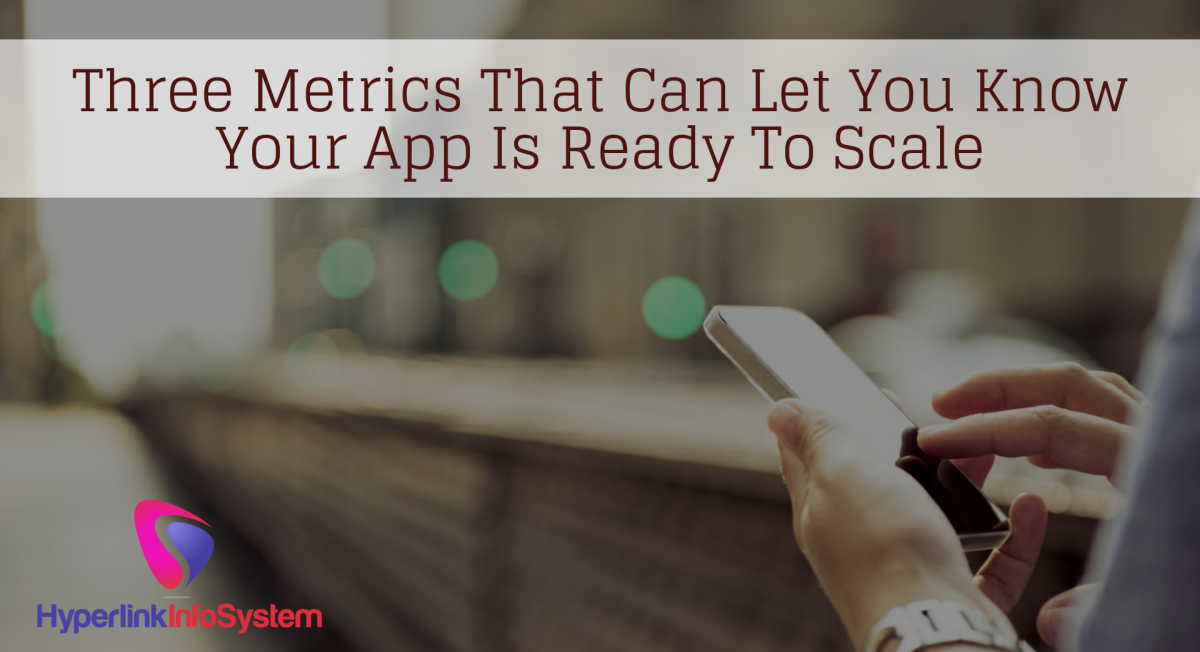 App developers should be aware of the fact that there is a point in time during the life of an app that it is ready to get scaled up. How can a mobile app development company know when it gets to the right moment? How can they tell it is time to invest money in their app to take it to the next level? App development involves creating apps with multiple goals. Hence there are a number of benchmarks app owners must measure to evaluate the performance of their product.

However, there are four universal metrics that app developers must consider as they decide whether or not to scale their app.

Virality
Success in the app market depends mainly on how consistently it is referred among mobile app user communities. A simple but yet powerful metric to determine your app's virality is the free to paid install ratio. Apps with broad appeals, such as games, a strong value should be over one. In a situation when you focus your marketing efforts towards elevating your mobile app to the top spot of App Store's Free Apps chart, the ratio should score more than three.

Let us say your aim is to generate over 300,000 downloads for your app per day. For your free to paid score to equal three, you will need to purchase more than 100,000 installs daily to achieve this goal. The higher the ratio, the less funds you have to spend for the acquisition of more users for your app. Let's say you own a niche app that has a price tag that is significantly higher than its cost per install, this should scale successfully, even after recording a free to paid score of less than one.

Monetization
In order to set your app's monetization benchmarks correctly, you must consider your app’s user base (currently) and the expenses to support it. Another imperative benchmark to measure include Daily Average Revenue Per User and DAU (DARPU).

Remember that building a vast audience for your product requires spending more money as well. You can't just rely on native traffic solely to generate a predictable volume of downloads daily. Additionally, you should not forget about the retention of your client base, because records have demonstrated that it is always cheaper to raise profits by leveraging existing customers rather than getting new ones altogether.

User Acquisition
Before scaling higher on your app client base, you must define benchmarks: what CTR is (click through ratio), CPI (cost per install) and Conversion Rate, as they are the values your mobile app has in relation to its current scale. This information is needed if you want to avoid serious issues after your app has increased.

In order to determine your current app metrics, you will need to initiate a test campaign via a high-traffic ad platform that has been shown to perform excellently. Check your app user acquisition pair about optimal Conversion Rate, CTR, and CPI for the current scale of your app. During the test campaign, if you discover that the values you are getting are far below the predefined benchmarks, carefully study the user targeting options you have chosen and your app ad creatives as well as your app's marketing copy components. carefully.

With millions of apps present in app stores, you really should make your mobile app stand tall among the crowd. If you have a good budget, you can even run a burst campaign and/or carry out a form of paid promotion from the many available.